On Nostalgic Childhood and ‘Grand’Parenting

A Trip Down The Memory Lane  –  I take a train to my ancestral house every year a few times mostly around mid winters and once in summer when it is season of Mangoes, Blackberries, and Jackfruits, and Baels.

These are two different worlds though, my city and my ancestral place. One is busy, rushing, noisy and packed, other is calm, jolly, pleasant, cleaner & greener, and spacious.

It takes 14 hours usually for me to reach there and when I wake up after the journey, it is the new tempting world, like budding flowers trying to get most of the sun and swinging with winds. It opens its eyes with clean and refreshing water of river Gomti and goes to sleep with the eastern winds singing lullabies as they go west with the sun.

It is a place with deep rooted believes and also of myths but people do find their salvation in them; leading the simplest life you can imagine, and enjoying the most from mother nature.

I was born in this place and was raised around fields, cattle, many unimaginable pets and ageing wisdom who sow the first seed of sensitivity about everything – every form of living being.

Years after years and for generations this has become a tradition in my family for the eldest son to leave home, parents, siblings and joint family, yes! ours have always been a joint family, to travel to places very far in search for a better livelihood and then start a joint celebration of life at this new place as well.

Grandfather’s search for solace took him to army but my great-grandfather was reluctant and was stubborn to let go of his only child so he forced him to come back.
“I own all the land, water, wells and forests here! Why do you need to move even a finger to have anything? I won’t let you work. Your wish is command for all of the people I have allowed to stay on our lands and enabled them to earn livelihood.”, he’d say to grandfather.

He used to go everywhere with money tied up in the corners of his clothes and believed firmly in the immense power of it.

Grandfather was a self-respecting man so he fled again, this time to Bombay (now Mumbai) and become a bus conductor.

Nevertheless, he was tracked down and brought back to home again. After that he stayed at home managing accounts for his father until great-grandfather’s last breath and joined the local post-office as chhota-babu after that. Grandfather went on to become postmaster and remained on this post until his retirement.

A man of huge frames of bones, tall, handsome and witty, he married my grandmother who bore him 10 children. With the death of their first child who was a girl, 9 of them were left. My father was their third child so now he became second.

Grandfather’s generosity was epic and he wrote the lands in the name of people who were living on them. Great-grandfather’s wealth of land was distributed, although we still were left with, and currently own, a large part of it.

My father fled home when he was 23 and started working in an insurance firm. Later he left it to start working in a pharmaceutical one.

Years have passed for me since I have come of the age when everyone else had done it but I never have found myself going for it – why do I need to do it, again? – I ask myself and my parents, who are against it – my uncles, who encourage the motion – my grand parents, they mostly are convinced that I don’t have it that it takes, so they have given up on me.

Eventually everyone with exception of me have accepted that I ain’t got it and hence I won’t or can’t do it. It is a good thing that at least there is something they have common thoughts on. Yes, it is difficult in a joint family for all to have agreement on something; mostly elders choose to decide things for everyone if you are in a dilemma or have chosen otherwise which is not common liking. So you can’t go rouge; no revolt is tolerable. If you don’t like anything, you can leave home.

What was so special in my case you ask? I made them happy without going out and mostly they are okay if I am not drifting away much from their ideologies or at least don’t appear to be doing so.

How did I make them happy is a good question to ask. It’s complicated though. Every single one of them can be a hard nut and self-appraised dictator so I only have to satisfy their urge to remain as is. I obey them apparently, I listen to them patiently cribbing about others and complaining of things those are in nobody’s hands, I bring them ‘inside’ news of other ‘camps’ and I earn well in my present job. Enough to keep an old lady or gone-paranoid grand parent happy. This all business is however separate from me loving them unconditionally and not to be mistaken me being rude to their feelings its just that there are so many of them that I have to devise ways to handle them. Plus they love my presence always whether or not I move my ass to even bother about sanitation of cattle’s byre, which in fact is one thing they are very touchy about. At least one individual’s sole responsibility is to take care of byre and clean surroundings. Others are collectively responsible for cattle’s food, water and grazing them, apart from moving them in and out of the byre from time to time during different hours of the day.

What counts as an additional effort is to bring fresh Neem twigs for all for brushing their teeth so at least half a dozen children can be seen bashing the Neem tree every morning before 6. The lemon tree beside it probably freaked-out in anticipation of a similar treatment, for it never bore fruits and rather grew exceptionally long thorns all over it; naturally Rose’s bush was more appreciated, for though it had thorns it smelled perfumed and heavenly.

Our goal as children was to gather as many fruits from the forest and orchard as would last the day. This included supply of Blackberries, ripen Jackfruits, Kainthas, Badhars, Guavas, Mangoes, Baels, Karvand (Carissa carandas), Chilbil (Indian Elm), Mulberries, Kinni, Ber, Amla and Papaya.These were enough only for half day though, so the supply run used to be there in afternoon too. 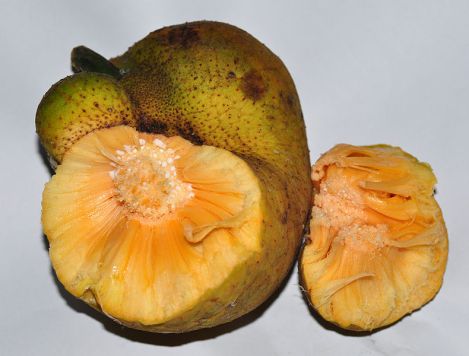 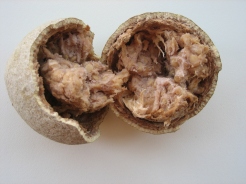 These memories have a faded impression in my mind now but a deep one in heart. Some of the films have gone black & white and a little hazy so each time I run it through my head I spot something new and then the trip starts again from finding the traces, joining them and playing it over and over so many times till I am mesmerized and overwhelmed. Imprints left by people, family, pets and animals, the scary stories and the yellow toads of the green pond – everything feels so amazing that I feel desperate to go back in time and live it again.